We've spent the last week with Sprint's new phone, the HTC Evo 4G. Specification wise, it's better than Verizon's Incredible and T-Mobile's HD2. Apple has unveiled the new version of their phone this week and thankfully it's debatable as to which phone is better. The iPhone has better battery life and a more robust App store, but it suffers from a smaller screen, smaller camera resolution, no HDMI out, face talk only on wi-fi networks,  and limited data plans. 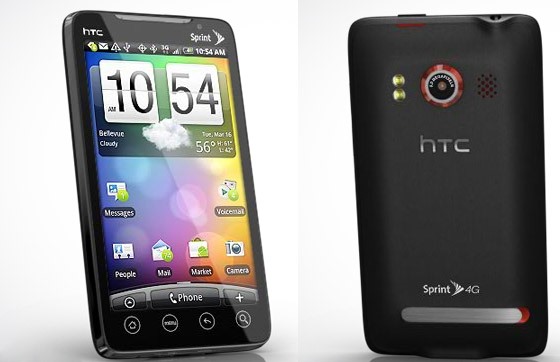 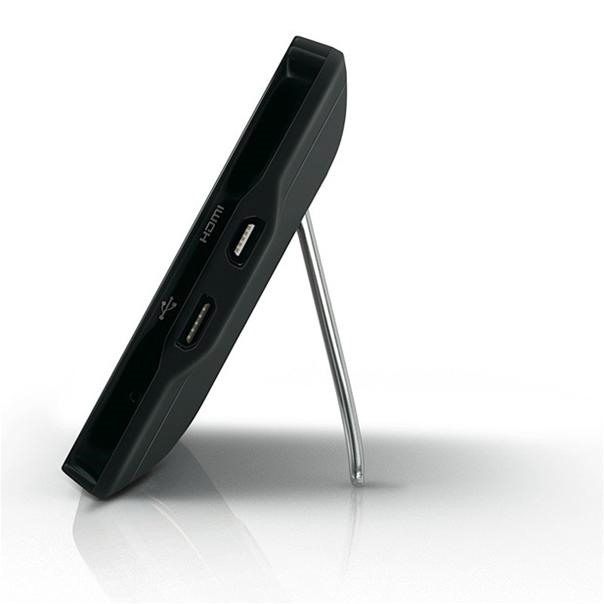 Overall we are very impressed with the phone. We came from a voice only, no data plan that we have had for years to this so it was a big change. I've dealt with plenty of iphones and Blackberries for work, but never felt the need to update to them. Either the plans were too expensive, or the gadgets too slow, or the keypad too small for my tastes. We was also looking for a solutions where we didn't have to carry a cell phone, a digital camera, and/or a small camcorder every time we went out just in case we wanted to record something. Having all of these in one phone is extremely convenient.

With a 4.3" screen, is the phone too big? That's one of the biggest questions, right? If it's not portable, then it's not a phone. Here is a chart we made so you can figure out if it's too big or small for you: 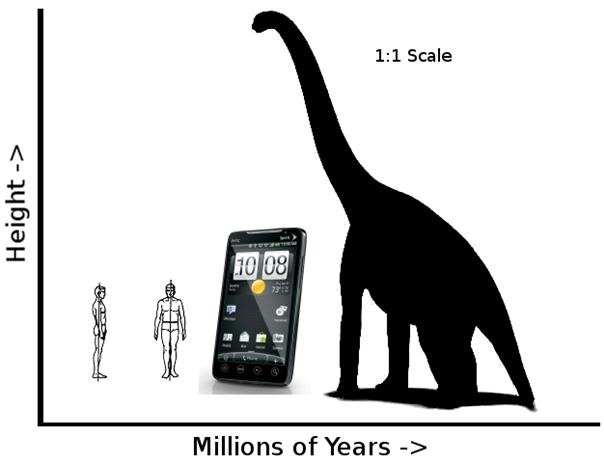 Truthfully, it doesn't feel that big. It's about the size of an iPhone, so if that's ok with you then you'll have no problems with this phone. You'll love the large screen, especially when surfing the net. It makes pages that much easier to read and navigate.

The phone is very fast and responsive. In other phones like the Blackberry, when you pressed something, there would be a delay in registering the input and that's frustrating. You're left wondering if you pressed it correctly or if you applied the right pressure and often you do it again and again, overwhelming the phone. The Evo reacts almost instantly to the touch and opens programs very quickly. Sometimes that becomes a problem because one might unconsciously put their thumb in the search or the home key and quickly send the user somewhere else.

The picture quality varies. In good lighting conditions, it is very sharp. In less than ideal, the pictures come out very fuzzy. The flash does a very good job lighting things properly instead of overwhelming them with light. Picture and video navigation is also very easy and divided into categories for faster browsing. In the options menu you can set the size of the picture, from the max 8 megapixels, to something as small as under one meg, perfect for web. Here are some pictures taken with the phone: 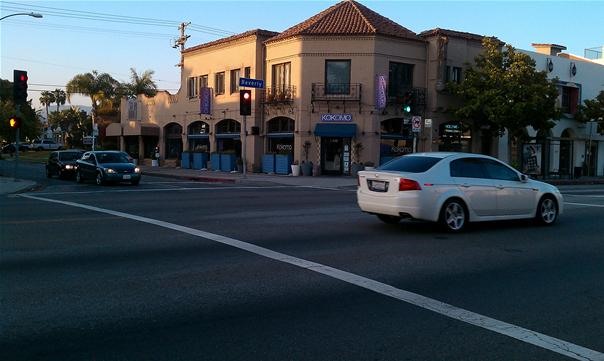 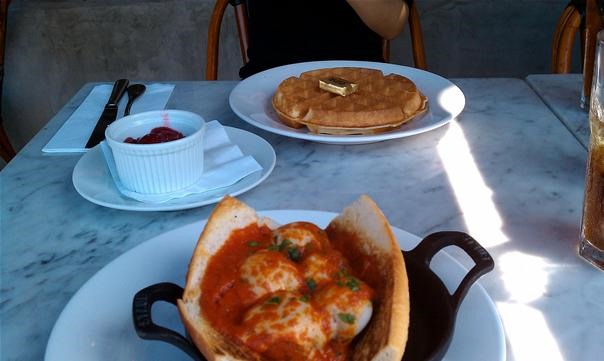 The Camcorder feature varies in quality. By default, the phone records videos at 480p, you have to manually set it to 720p in the camcorder settings. So if you're wondering why your first videos are not as sharp as they should be, that's why. Recording video is fast and smooth, but getting them out from the phone and into the world is tricky. If you try to copy the video to the computer directly, it will only play video because it records in a special video format that is not the mpeg or a similar avi standard. If you try to upload it to Youtube from the phone, your phone has to be connected to a Wi-Fi network to upload, it will not send it through 3G.

Network performance is very good. The phone registered 2.3 down and .7 up on a speed test. Personally, the system did not feel that fast while browsing the internet with the phone. The android OS has some issues with websites, like randomly not being able to watch videos if they are not Youtube, or not being able to enter information in a text field (the phone would freak out and kick you out of the text window). WonderHowTo displays perfectly but entering text is another matter. But this was also the issue on any site with similar input properties, like Capital One.

Battery life is less than optimal. No matter how you look at it, you'll have to charge it every day. This is nothing new to Android users, so it shouldn't be a surprise. If you use its features extensively, like watching videos for hours, the phone gets a little hot on the back so be careful. There are 3rd party solutions that offer better batteries with longer life times, so if you're thinking of getting an Evo set some money aside for a battery upgrade. Having a car charger is also highly recommended. This might sound like a negative, but it's well worth it for all the features you're getting with this phone. Once 4G comes to Los Angeles, it will drain the battery life even faster, so do consider a better battery. To drastically extend the battery life we suggest the Advanced Task Killer App, it got us around 30 to 50% more battery time per charge and it's a real life saver. If you are into "rooting" your phones, this thread will show you how to make your battery last for over two days! 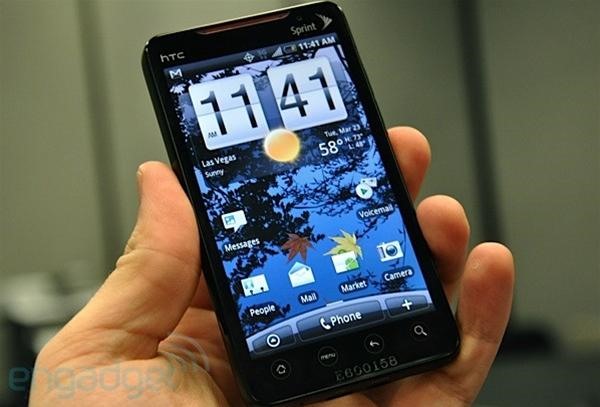 Being new to the Android OS, apps are great. I won't bore the people who have been on iphones and apps for years now, but I really like them. So far we've gotten free apps only, since there are so many. Sprint also has this neat Sprint TV app that lets you watch at least four live channels. I used it for around two hours on the weekend while house cleaning and loved it. The audio and video does go out of sync though, but overall great in being able to watch something live. They do have a $10 25+ cable channel package that includes most major cable networks like comedy central, but that's probably best for long commuters.

Overall we think the phone is amazing. With a really fast processor, large screen, top of the line digital camera and HDMI video recording capabilities, it's second to none. Once 4G gets to Los Angeles it will be like a second honeymoon. For the cities that already have 4G, I am filled with digital envy. It's a beautiful phone with lots of great features. If you're thinking of getting this or an iPhone version 4, we'd recommend this one.

Useful Links:
Everything you need to know about 4G
Meet the HTC Evo 4G - Neogaf Thread
Sprint Coverage (Just type your city and you can see if you have 4G coverage)
Sprint 4G Rollout City Release Schedule

Keep Your Connection Secure Without a Monthly Bill. Get a lifetime subscription to VPN Unlimited for all your devices with a one-time purchase from the new Gadget Hacks Shop, and watch Hulu or Netflix without regional restrictions, increase security when browsing on public networks, and more.

Other worthwhile deals to check out:

Great write up. I had no idea this thing could do face-to-face video calls like the iPhone 4... And being as it can do so over 3G or 4G makes it even better... no need to find a hotspot. It looks like it might be a little heavy though. How much does it weigh?

According to Wikipedia it weighs 6 oz. I held it in my hand and it did feel heavy; however if you feel like switching from an iPhone, it won't feel at all strange. I think it does have a better response time than the iPhone, and there's a voice transcription functionality that I thought was pretty cool.

It weighs 12 pounds.
When I've showed the phone to people besides 'wow', a 'it's heavy' is also one of their first comments. Personally being used to holding a DS or PSP, it doesn't feel heavy at all. But for phone only people it might. It's 6 ounces by the way.

That doesn't sound bad. The iPhone is 4.8oz, so they're pretty close.

jd you're a clown

did i read verizon has a phone called the "incredible".... holy god that is embarrassing.

Its actually called the "WONDER"

Seems as if these phones are selling like hotcakes (although I think this idiom is in need of drastic updating). Word is Sprint is sold out already and has stopped taking orders, telling customers on their website to "check back later — more are on their way!"

Yeah. I went back to the sprint store two days ago to sell back one of my old phones and the rep told me there are waiting lists everywhere and that the phone was 3 times more successful than any phone they have ever launched.

4G'll do that. Especially once it makes it to LA...